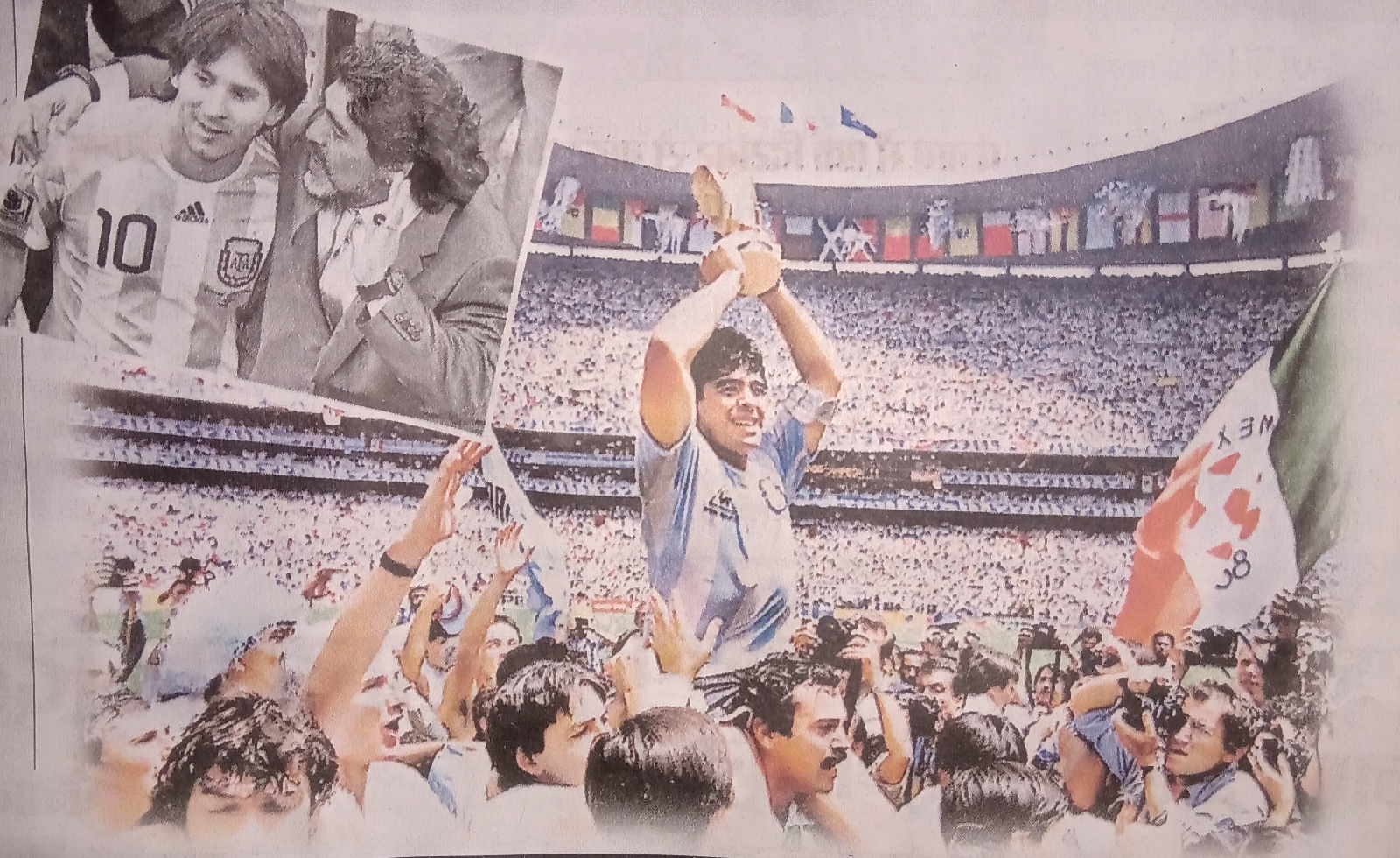 Football great Diego Diego Maradona left.  His length was short (5.5 feet), but the height was such that no one else could reach it.  The death of Maradona at the age of 60 on Wednesday sparked a wave of mourning all over the world.  * Diega was born in a very poor family in 1986 under his leadership Argentina to play a big role in the Football World Cup.  Life remained as popular after retirement as he was recognized by his game inside the field. Maradona’s ‘Hand of God’ will always be remembered. Diego Maradona dominated the Football World Cup in 1986.  During that time he was the captain of Argentina.  Maradona then made Argentina the champion on his own.  Argentina won the title by defeating West Germany 3–2 in the final.  At the same time, Argentina defeated England 2–1 in the quarter-finals.  Both the goals of this match were scored by Maradona, in which the first goal was quite disputed.  Actually, Maradona had hit this goal with hands and brought it inside the goal post, but the referee could not see it and it was considered a goal.  This goal was named as Hand of God, which became immortal.  In this match, Maradona scored this goal by dodging five players, including the English goalkeeper.  Maradona had scored a total of five goals in the tournament.  Maradona, who is off the field, may have been infamous for his increased weight, cool lifestyle and drug addiction, but Junior Maradona, who debuted at the age of 16, will always be the world’s greatest footballer of all time.
Maradona has played 91 matches in his international career.
Maradona, playing from Argentina, played 91 matches in international career, in which he scored 34 goals.  He played four FIFA World Cup tournaments, including the 1986 World Cup.  He was also the captain of Argentina in the 1986 World Cup.  He was declared the best player of the tournament and won the Golden Ball Award.
In the last football World Cup, health deteriorated
After retiring from football, Maradona had also been in the hospital several times.  In the year 2000, he had taken so much cocaine that his heart could fail and he could die.  After this he lived in the Rehabilitation Center for many years.  In 2005, he underwent an operation for weight loss.  After this, in 2007, he was admitted to the hospital due to excessive drinking.
1.  Maradona has also been awarded the FIFA Player of the Century.
2. Once won the World Cup Golden Ball, once Bellon d’Or.
3. Two times South American Footballer of the Year, won the National League Top Scorer Award six times.
Matches played against Sourav Ganguly 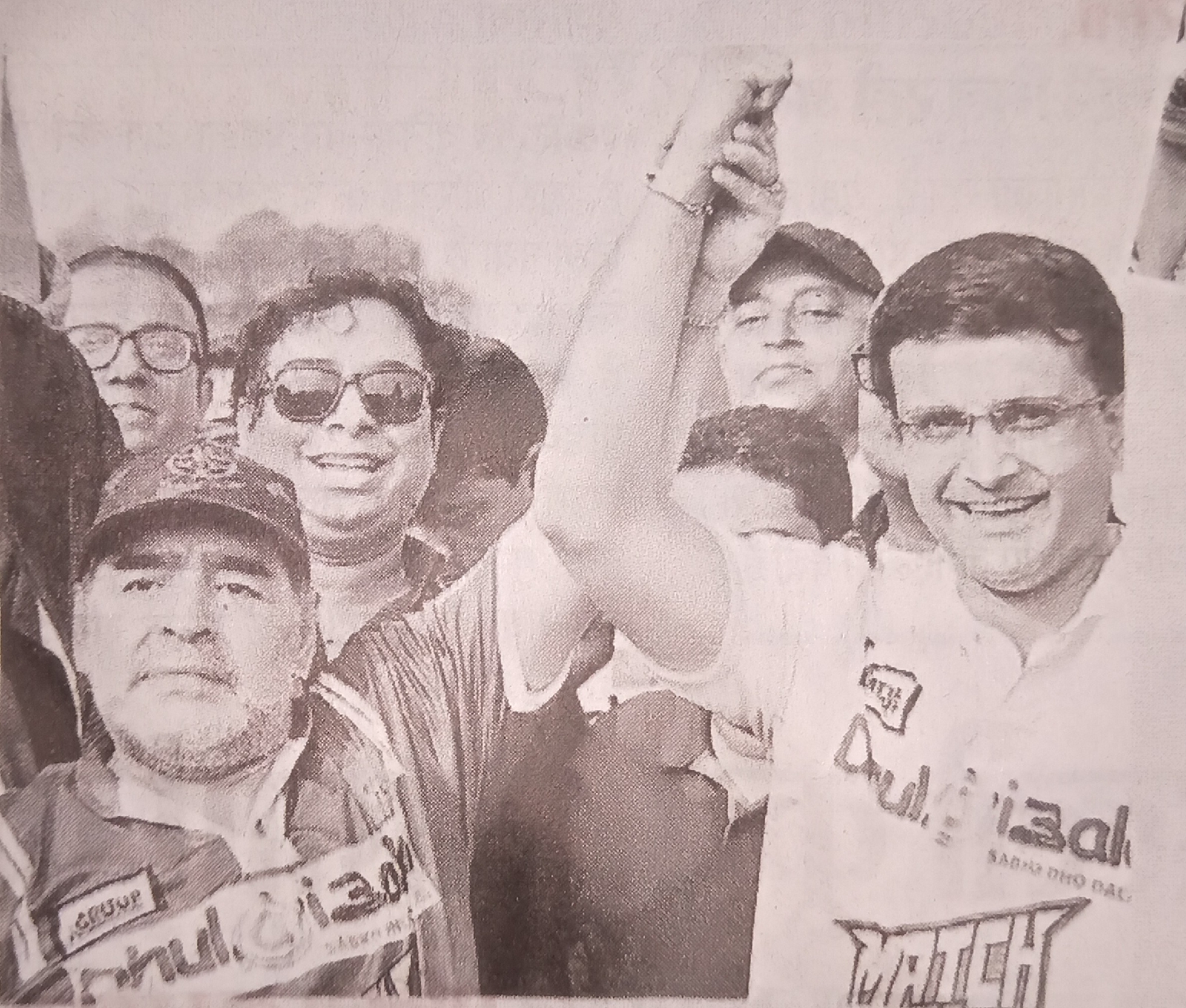 The legendary Argentine footballer has also visited India on 1 December 2017 to play a charity match.  During his tour, his 12 feet bronze statue was unveiled in Kolkata.
Pelé paid tribute, said
One day we both play football together in the sky 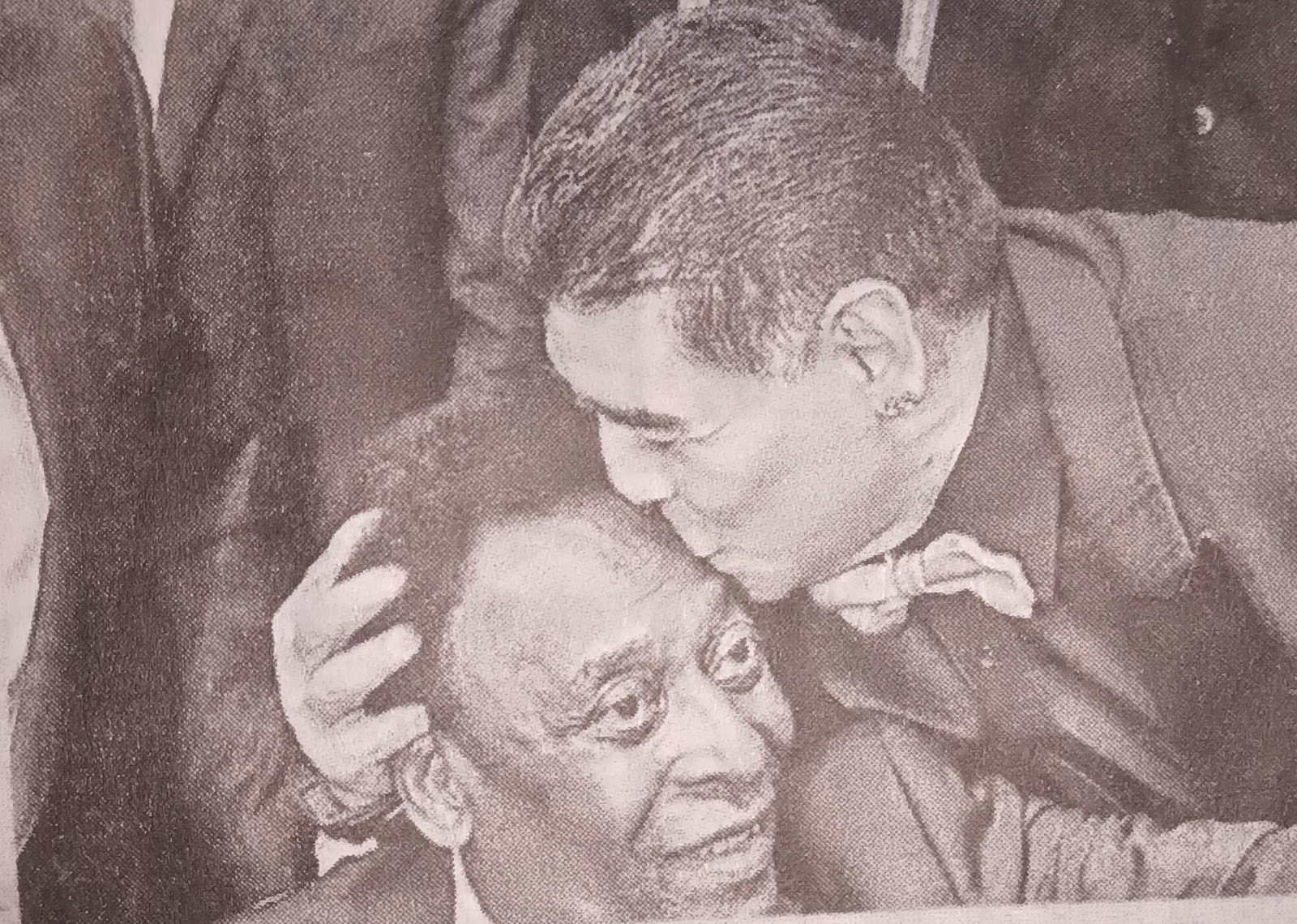 Football magician Pelé also paid tribute to Maradona.  Paying tribute to Maradona, this great Brazilian footballer said: One day we will both play football together in the sky.  Pelé tweeted: Very sad news.  I lost a great friend, which is an irreparable loss to the world.  There is little to be said about him, but this time God gives his family the strength to bear this sad moment, I hope one day we will play football together in the sky.
Maradona’s daughters were troubled by drug addiction

Aires.  Their daughters were troubled by Maradona’s addiction.  A few months ago, both of their daughters were planning to drag Maradona to court.  The daughters said that they had to face embarrassment many times due to the intoxication of the father. Maradona has been seen smoking cigarettes and alcohol in public places many times.  His family was seeking his well-being, but he did not desist from his habits.  So the daughters thought of taking the matter to court.  Maradona has a daughter named Giannina.  Gianina, 31, is a fashion designer.  She had seen her father facing difficulties due to drug addiction for the past several years.  Giannina was married to Manchester City star striker Sergio Aguero.  Their marriage lasted from 2008 to 2012.  After this both were separated.  Giannina was the first to plan to go to court.  Maradona was hospitalized several times due to intoxication.  Even during a party, he was naked while dancing with his ex girlfriend Veronico Ojeda.  His pants were off.  Maradona’s daughters felt very bad at that time.  That video of the legendary footballer also went viral on social media.
From sports to politics, everyone expressed grief
Famous celebrities from all over the world are mourning the death of Diego Maradona.  The legendary Argentine footballer represented many clubs including Barcelona.
Kolkata Knight Riders said: Gone too early, ‘Hand of God’.  Sachin Tendulkar said: The world of football and sports has
Lost to one of the greatest players of all time.  Congress leader Rahul Gandhi said: Maradona showed why football
Beautiful game.
Suresh Raina expressed grief over his death.  Sir Vivian Richards said: an unbearable loss to the sporting world.